July 13th 2018 marked the 75th Anniversary of Bramley born Major Geoffrey Appleyard DSO MC and Bar being posted missing in action over Sicily when carrying out his duties as Operations Officer (Second in Command) of the 2nd SAS Regiment.

There is a complete section on this Website describing Geoffrey’s heroism and exploits, however we had a simple and moving “Flag Event” at Bramley War Memorial to mark his anniversary and memory. 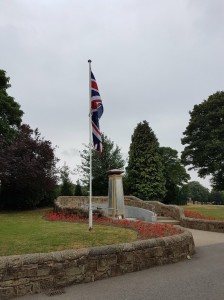 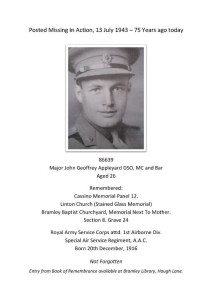