In early August The Royal British Legion unveiled their new touring sculpture outside The South Bank in London.

The sculpture consists of separate letters spelling out “Thank You” and is an opportunity for members of the public to show their appreciation of the sacrifice made in World War One by the people of the United Kingdom and the Commonwealth.

In particular, members of the public are encouraged to write their own messages and tributes on the sculpture which is going on a tour of the United Kingdom. We were pleased to be able to write a message of tribute to the 535 World War One fallen inscribed on Bramley War Memorial. 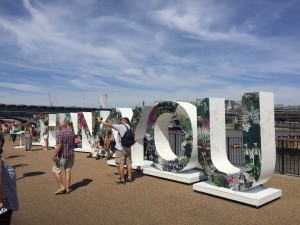 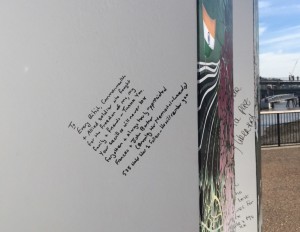