We had been shortlisted in the “Public Realm and Landscape Design” category and were delighted to be awarded the first John Thorp Award; John is the former Leeds City Architect who (amongst many other notable buildings) designed Leeds FD Arena and Bramley War Memorial.

Friends of Bramley War Memorial Secretary, John Barker went up on stage with John Thorp to receive the award. Prior to that an acceptance speech from our Chairperson, Councillor Caroline Gruen was played, this had been pre-recorded at our Memorial as Caroline was out of the country.

Caroline paid tribute to John and the inception of the Memorial.

We appreciate the coverage and interest of Made In Leeds TV who have covered our nomination from the earliest stages.

There will be a permanent page shortly about this award, but we wanted to list as a news item.

Please find below a photo of the Award, photos from the evening Caroline’s speech and TV coverage from Nomination to Award stage. 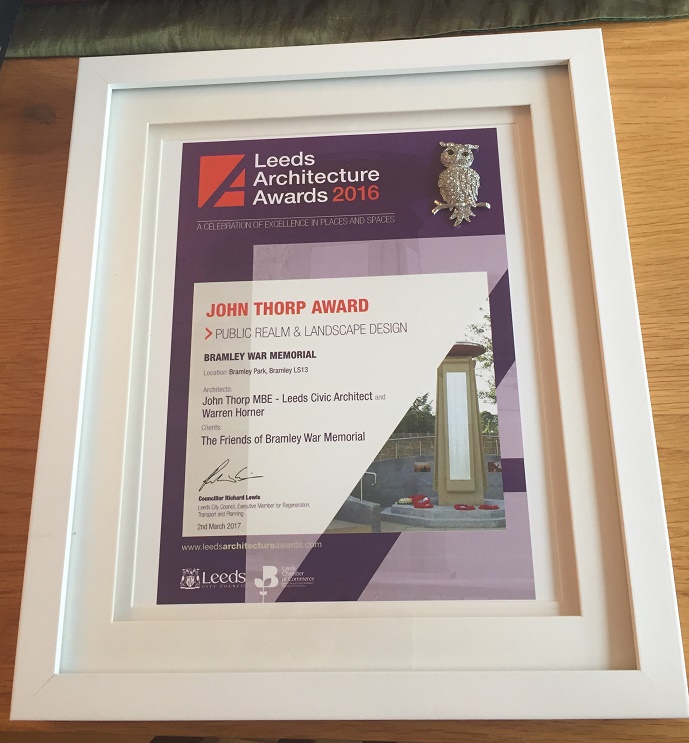 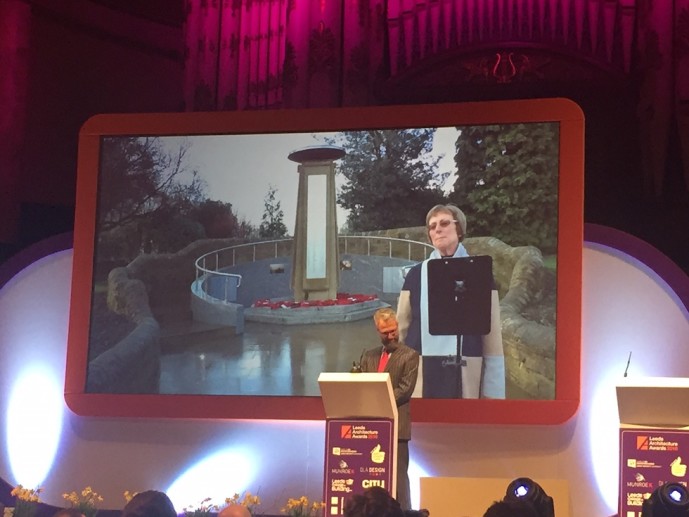 Caroline on the big screen 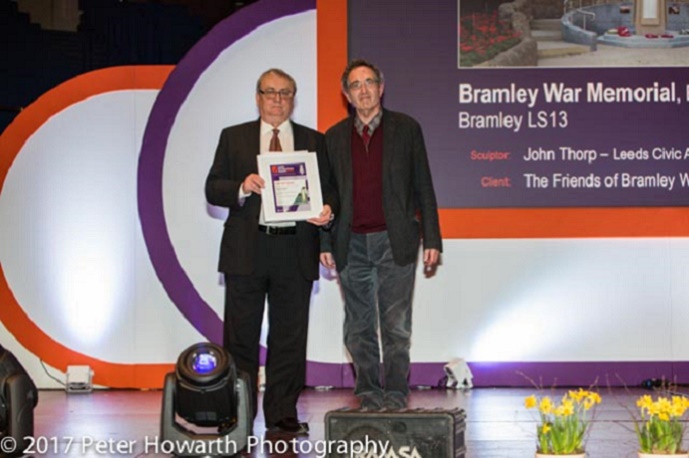