On Monday, 12th December a group from Friends of Bramley War Memorial and the Bramley War and Remembered Graves team visited two Leeds Synagogues – Firstly, Beth Hamidrash Hagadol at Street Lane, where we visited the AJEX Memorials to their fallen of both World Wars and the Holocaust and the Roll of Honour of the Leeds Machals who fought in 1948 and 1949.

We lay a wreath in tribute at the AJEX Memorial.

This was followed by a vist to the United Hebrew Congregation Synagogue at Shadwell, where we saw the Ceramic Poppy diorama and placed Stars of David at the World War One Memorial.

We were given an expertly delivered tour at both Synanogues with all our questions patiently answered.

The catalyst for this visit was the multi-faith inclusion at our last two Remembrance Sunday Services, with Richard Dante (who placed a wreath at our 2016 Service from the Jewish community) and work undertaken researching Hans Rosenfeld aka John Peter Rodley who died at Arnhem in 1944. 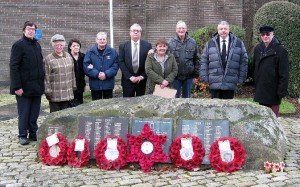 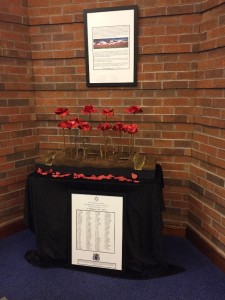 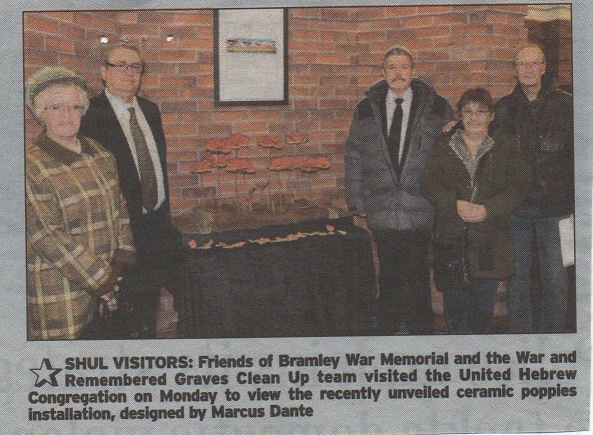