You are here:
30th May 2016Latest NewsBy John Barker

We received these details from Nigel Glew, who is one of the volunteers transcribing and researching information on those interred in St.Peter’s Churchyard:

Thomas Bows was killed when his aircraft was attacked on return flight in Operation Nectarine II, dropping mines at Lorient. SGT Bows was the only one killed in this action. He was the Mid Upper Gunner in a Lancaster bomber serial W4815 EM-C when it was attacked by a German fighter aircraft.

The plane however survived this mission, was repaired, but crash landed exactly a year to the day later on 26/02/1944, again at RAF Spilsby in Lincolnshire. All the crew were killed. The following were the members of crew: P/O JE Derbyshire, Sgt G Cannock, F/S Cooke, Sgt C T L Clement, Sgt G E Wright, Sgt J S Barker and Sgt J W Linfoot.

The target of the fateful operation was Augsburg, Germany, where Messerschmitt had a factory. The raid was successful but the RAF losses numbered over 20. Cooke and his crew had successfully completed the operation. They were killed upon landing back at RAF Spilsby, P/O Derbyshire over shot the run way and crash landed.

The photo is from 1947 listing the war graves in St.Peter’s. 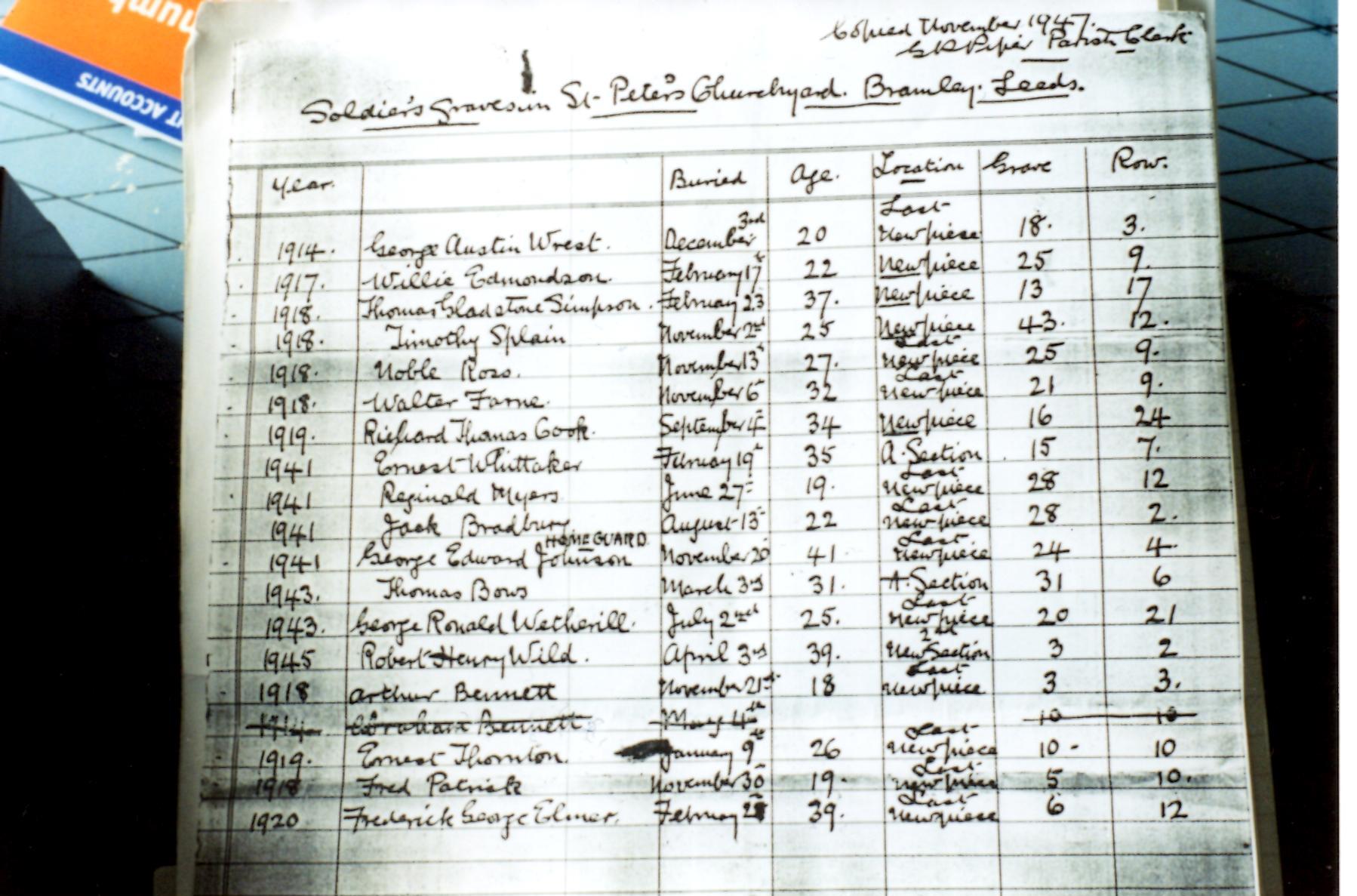