Thanks to Bramley History Society for discovering a photo of Broad Lane Council School World War One Memorial.

This Memorial which unfortunately no longer seems to exists lists the names of 29 former scholars who died in World War One, they are all young – 18 to 24 years old with many aged 19.

We are pleased to report that 28 of those named are inscribed on Bramley War Memorial.

The 29th name is Private Oscar Beckstein Broadbent of the Royal Army Medical Corps who died age 24 on 4th October 1917 and is remembered on the Tyne Cot Memorial in Belgium, he was an apprentice draughtsman with an English father and German mother and was an orphan by the age of 15 or 16. 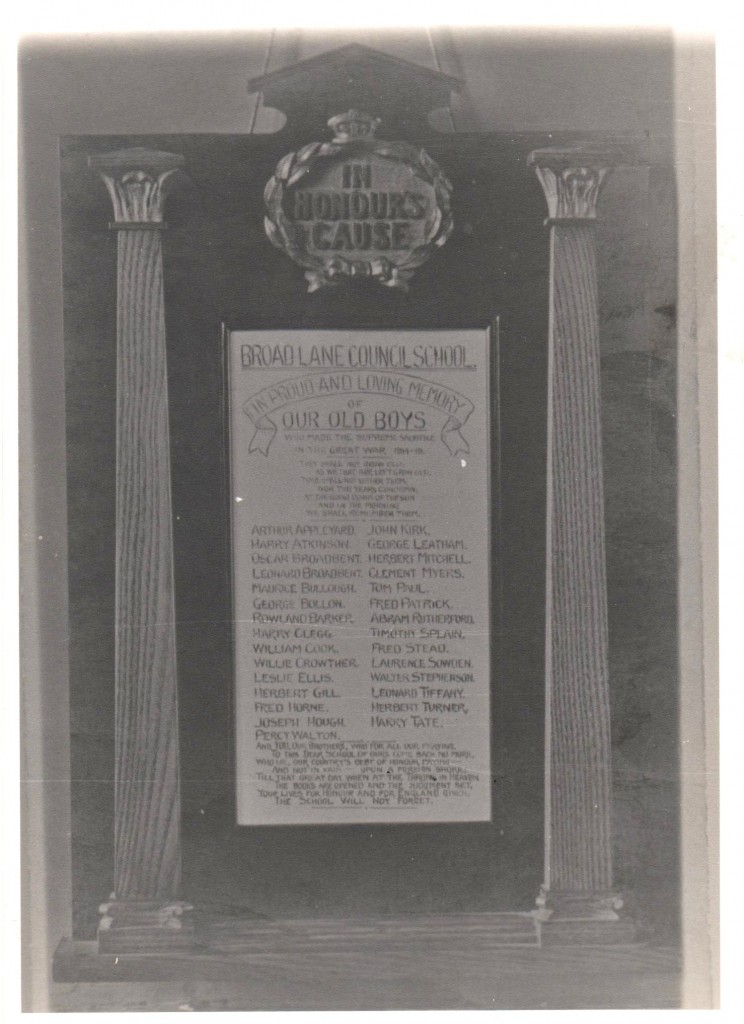