You are here:
31st May 2016Latest NewsBy John Barker

The Battle of Jutland was fought on 31st May and 1st June 1916. 14 British and 11 German ships were sunk with great loss of life.

Over 6000 British lost their lives.

Today the Union flag is raised at the Bramley War Memorial to commemorate these men which included 3 of our local men: 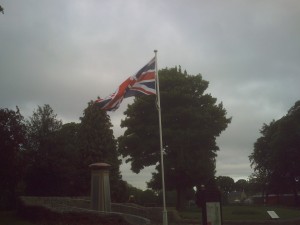 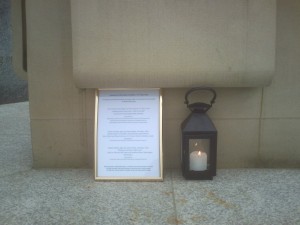 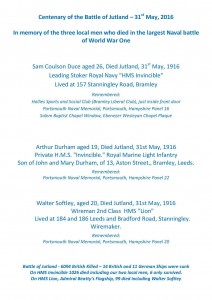 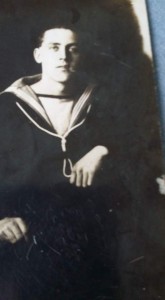