On September 15th, 2016 a public commemoration is planned at Bramley War Memorial to honour the memory of Bramley man, Fred McNess VC.

A commemorative stone will be unveiled and dedicated at the Memorial. This is the second of seven commemorations in Leeds for World War One Victoria Cross holders over four years (2016-2019), and the only one to take place in West Leeds.

The stone itself is funded by the Government/Council and managed through Leeds City Council Parks and Countryside. For this event, serving and former members of the Scots Guards, Standard Bearers, Piper and relatives of Fred McNess are coming from across the United Kingdom. The Lord Mayor of Leeds, Elected Representatives and clergy are also attending. 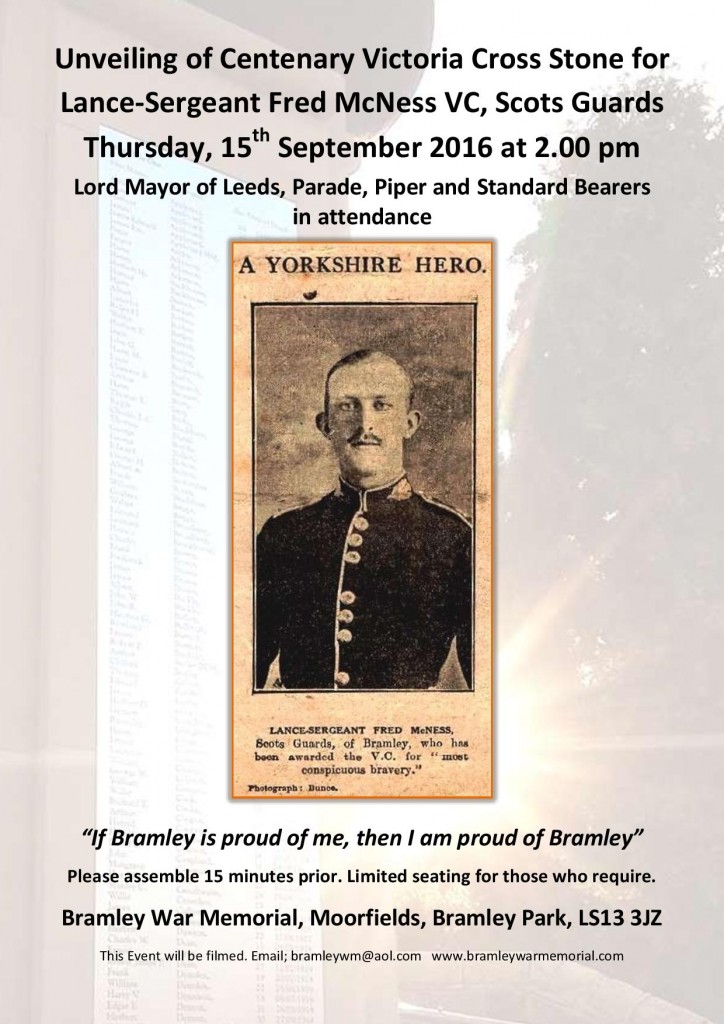