In February 2018 we were contacted by relatives in Iceland looking for information about Major Wilfred E Holdsworth DCM, who died on New Years Eve 1945 and is buried in Egypt. His relatives also were looking for relatives of Major Holdsworth. We were able to put them in contact and in April his son and grand daughter were able to visit Bramley War Memorial and pay tribute to this brave man.

The research discovered much of interest, he lived at 22 Landseer Terrace (which is still there) he served as a Territorial for 37 years with active service in both World Wars and was awarded the Distinguished Conduct Medal in World War One.

He served continuously with the Royal Army Medical Corps, much of the documentation we discovered is shown below.

We are still trying to identify the circumstances in which he died, it was in a Prisoner of War Camp and we believe it may have been a consequence of his duty as part of a medical team, but any further information would be greatly appreciated. 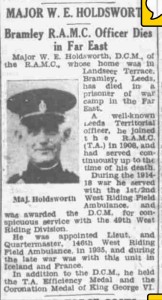 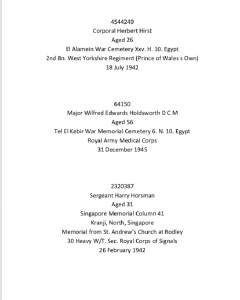 Extract from our Book of Remembrance. 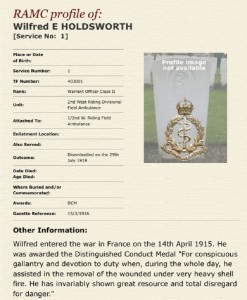 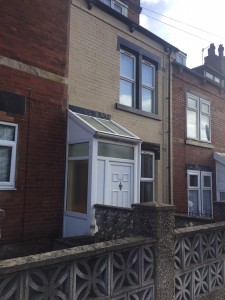 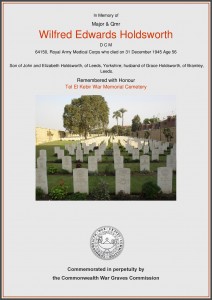