A company that was once situated in Bramley Shopping Centre has once again shown support for Bramley War Memorial. Car Care Plan held a special charity “dress down” day at the end of last month and from a raffle and donations raised £407.50. Their very generous donation will assist with the development of the Peace Garden at the War Memorial.

The staff and customers at The Black Lion pulled out the stops to raise £433.40 towards Bramley War Memorial Peace Garden in June this year. Monies were raised by a raffle and their very generous customers, who donated money into a charity bucket which was placed on the bar. Their community spirit in supporting Bramley War Memorial is much appreciated by all within the area.
There will be a charity collecting bucket placed permanently on the bar for anyone who would like to donate. 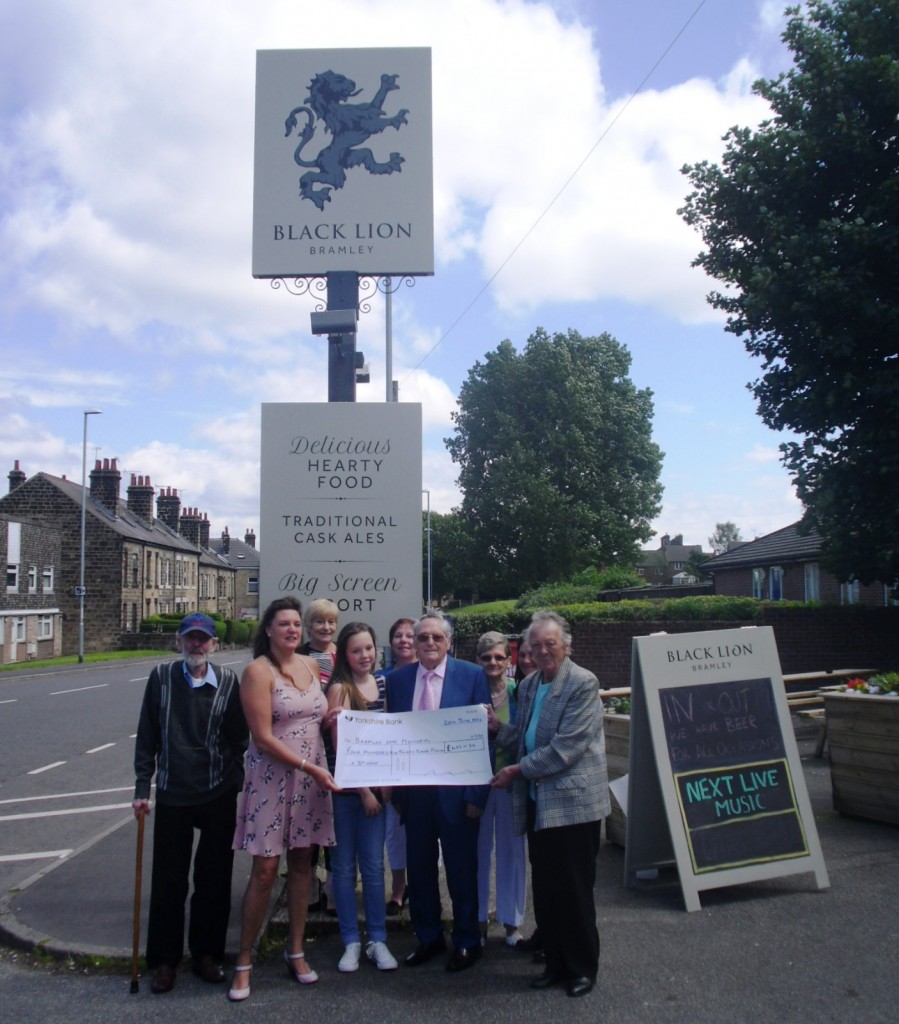 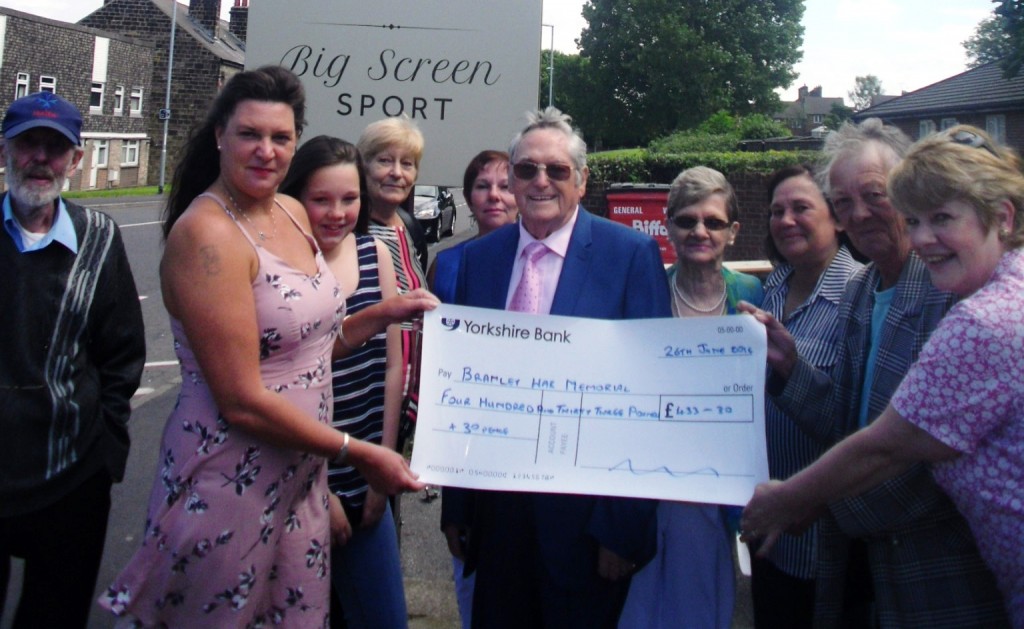 Close up of the Black Lion cheque – many thanks.