You are here:
30th May 2016Latest NewsBy John Barker

Tuesday 24th of May, 2016 was the 75th anniversary of the loss of HMS Hood in the Denmark Strait in between Iceland and Denmark.

She had a crew of 1418 of whem only 3 survived, including Leeds man, Robert Tilburn.

On this anniversary we commemorated Cook Jack Lawson, aged 20, Rodley born and a resident of Stanningley.

The anniversary was marked by flying of our Union Flag, lighting of a candle and a framed tribute.

This was the first of three “Flag Events over 7 days. 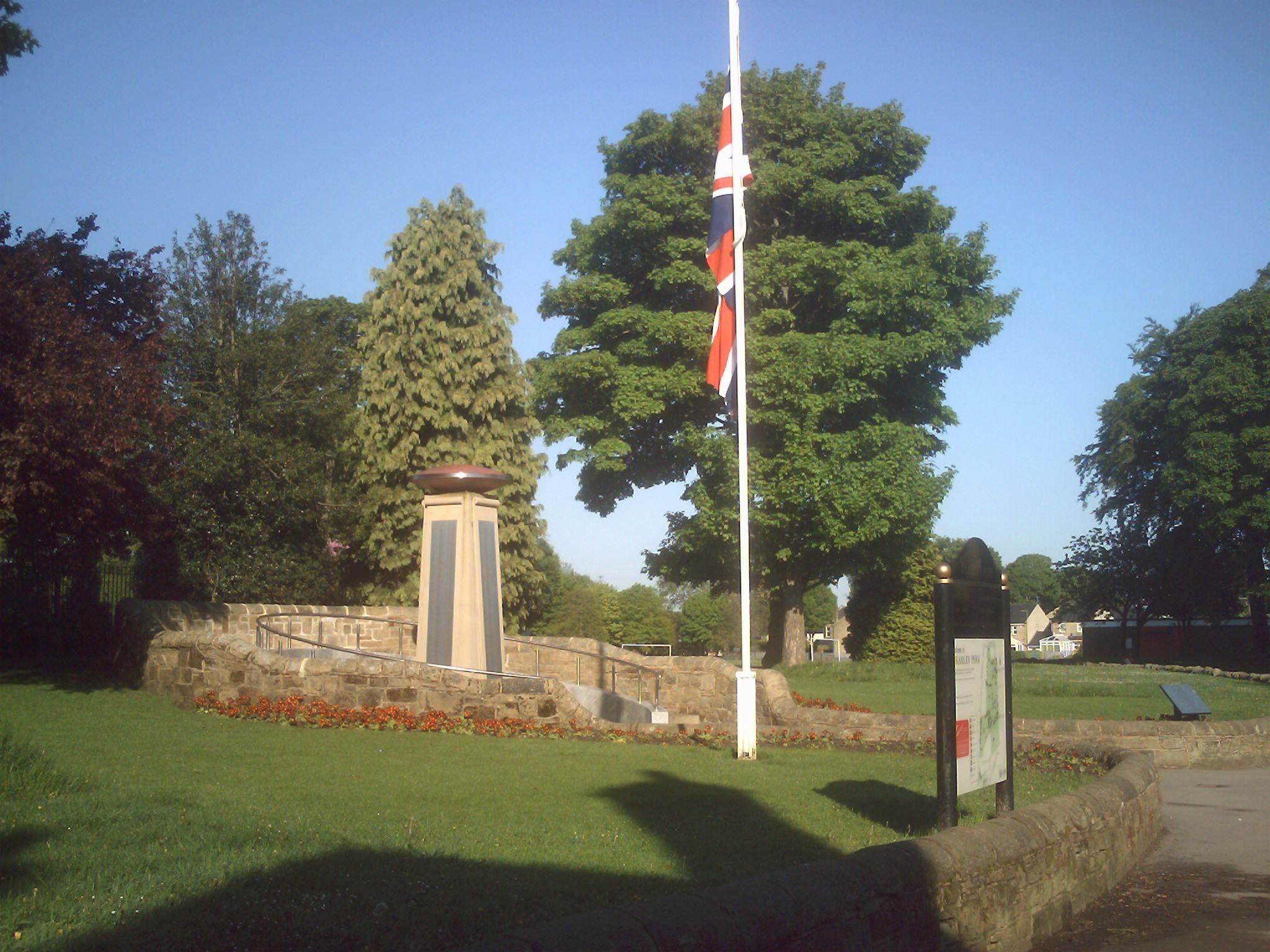 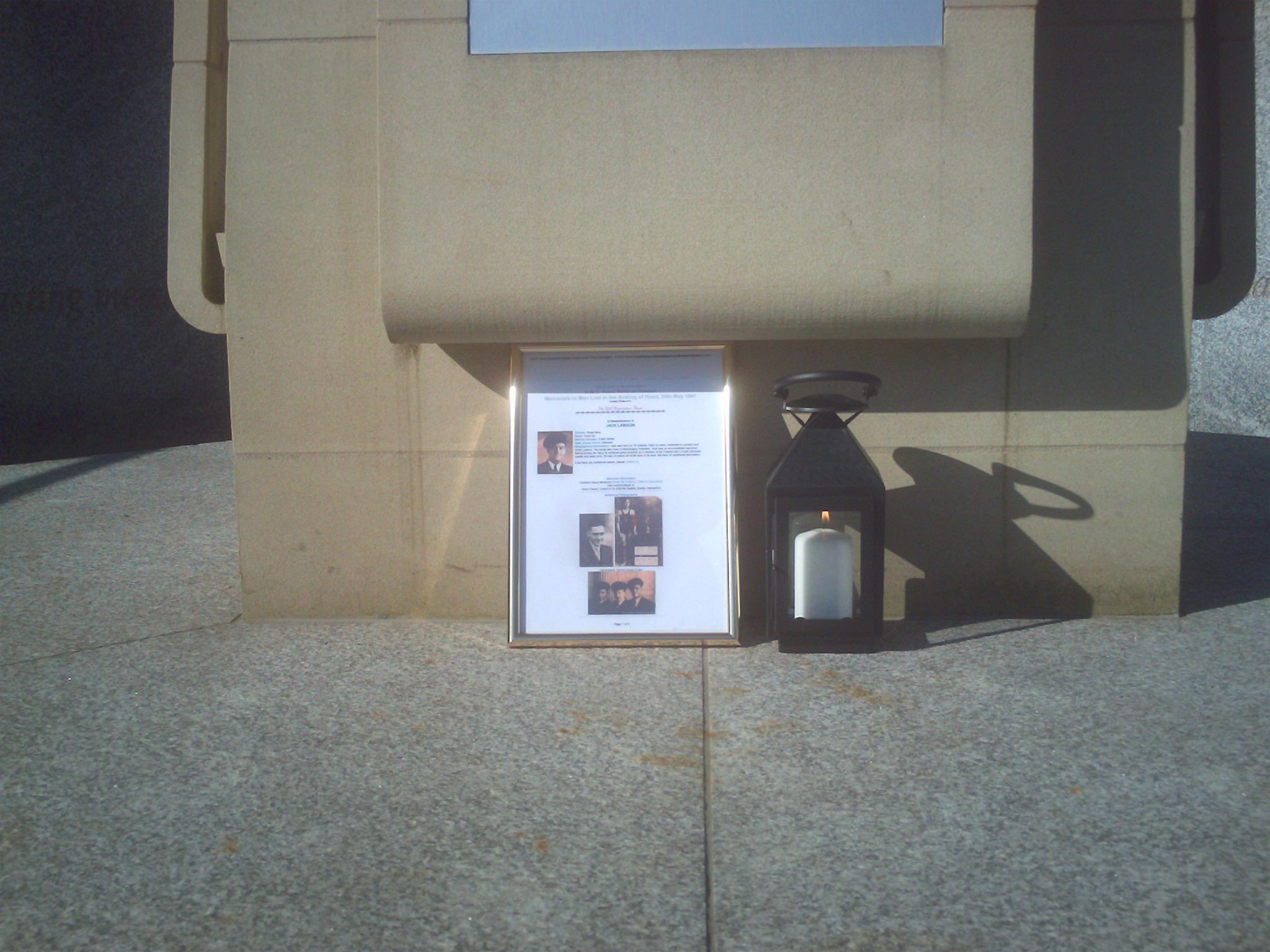 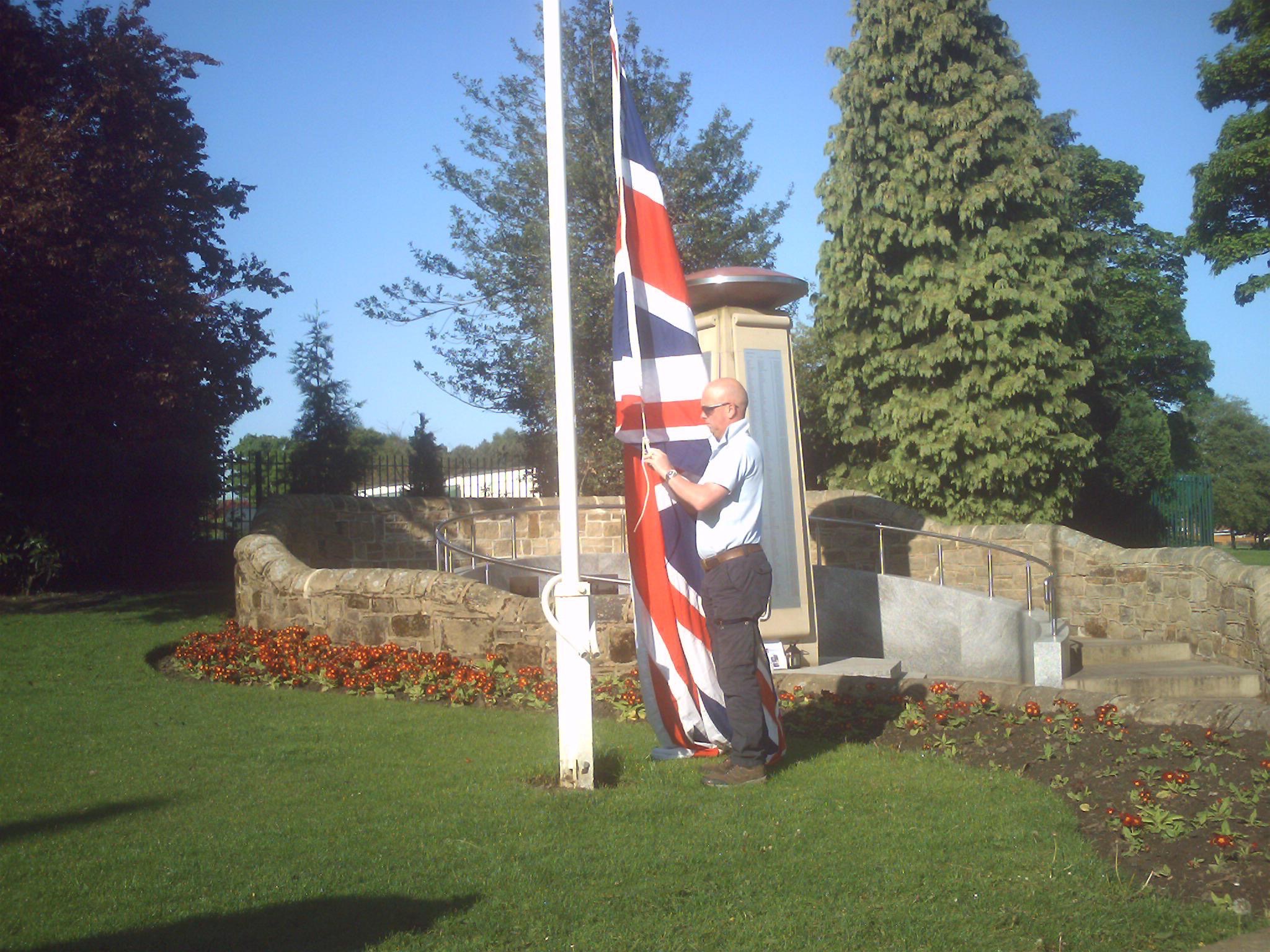 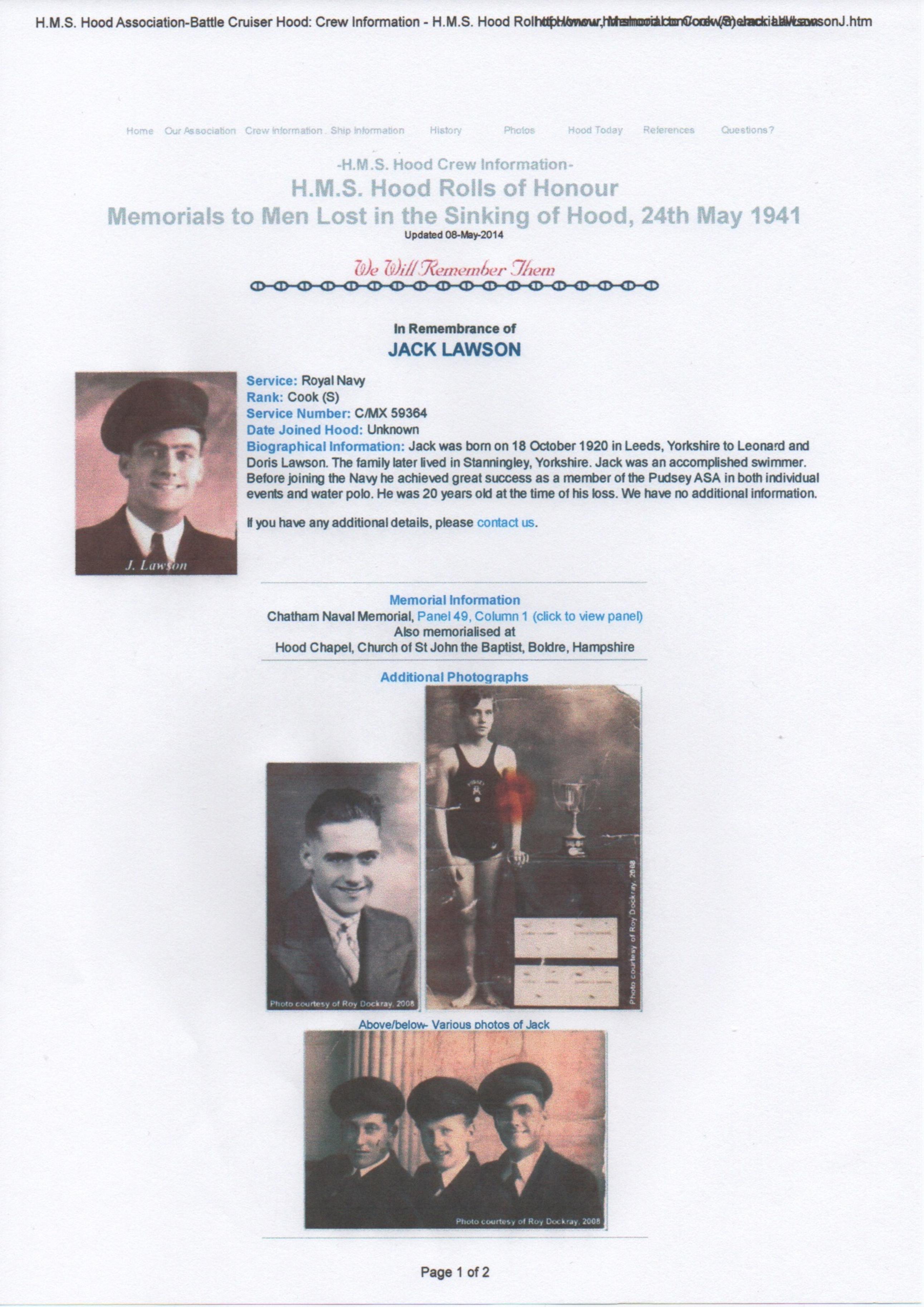