Following on from our earlier post regarding newly researched names, we received a request from a local author and historian regarding Lance Corporal George William Midgley, 26, who died in the first months of World War One, at Ypres on 26th October, 1914.

He was the son of Ernest Mark Midgley And Elizabeth Hampshire Midgley, of 4, Brickfield Place, Stanningley, Leeds.  In 1911 he was living at  27 Vermont St. Bramley, with his occupation a Striker In Foundry.

He was a Rugby League player for Bramley and is remembered on the plaque at St.Thomas’s Church, Stanningley and will be on one of the two new plaques to be placed on Bramley War Memorial in the coming months.

He has no known grave and is remembered on the Ypres (Menin Gate) Memorial Panel 4 And 6.

Thanks to local historian Lynn Groves for locating these press cuttings. 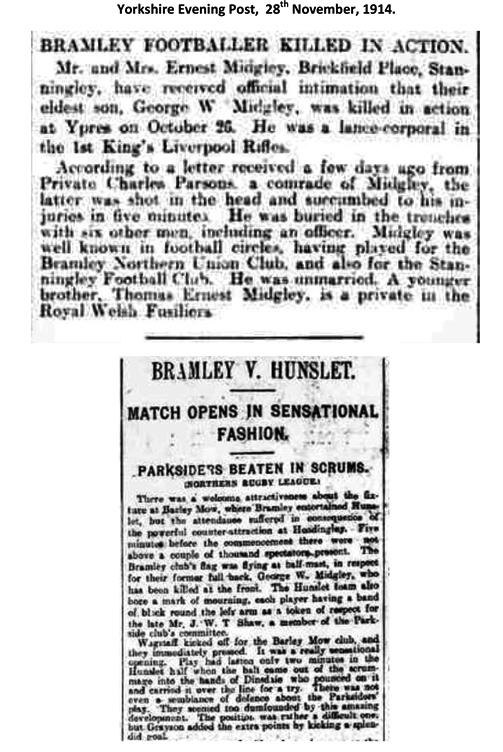